If you've recently arranged and paid for your funeral, here are two tips to keep in mind.

After the funeral home confirms that your prepaid funeral arrangements have been put in place, it's important to tell several people (ideally, both family members and a few close friends) about these arrangements.

The reason for this is that if no one in your life is aware of the arrangements you've made, and your relatives and friends have no idea that you have, for example, an information pack about your prepaid funeral in your home, then it's possible that whoever is responsible for handling your funeral after you die might end up organising and paying for a funeral with money you left behind or with their own funds. This would not only be a waste of your money (or theirs) but would also mean that they would have to go through all of the challenges and paperwork that come with organising someone else's funeral and that they might end up arranging the funeral in a way that you would not have liked.

By ensuring that you inform not only your significant other (if you have one) but also some other relatives who you trust as well as your close friends, there will be no possibility of, for example, your paid-for funeral not going ahead as planned when you die, due to both you and your significant other passing away at the same time, and no-one else in your lives being aware of the existence of the prepaid funeral, because you only ever discussed it with your spouse.

Don't be afraid to change your plan

If you pay for your funeral in, for example, your thirties or forties, it could be many decades before you pass away, and the funeral takes place. During this period of time, your tastes might change and your idea of what you want your funeral to be like might change.

You might, for example, decide that you want a higher-quality casket, in which case you could upgrade to a slightly more expensive plan that includes the type of casket you'd now prefer. Alternatively, you might realise that you'd rather your remains were cremated, instead of buried, in which case it might be necessary to switch from a plan that covers burial costs to one which covers cremation costs.

You should not hesitate to ask the funeral home to make these adjustments, as the staff at this facility are accustomed to clients changing their minds about aspects of their prepaid funerals and should be able to make most of the changes you ask for with relative ease. Contact a funeral home today for more information on prepaid funerals. 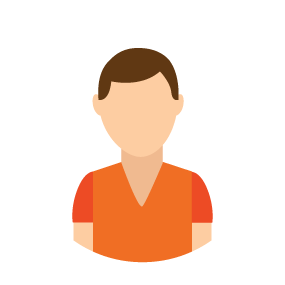 My grandma had such a hard life. She was a real battler and had seen some tragic things, but she kept going and kept a smile on her face. I hope that we did a good job in honouring her spirit with her funeral services. When someone has had a hard life, it's a balance to tell everyone their story while also remembering the light and fun sides of their personality. Remembering someone so special is a blessing but also a great responsibility. This blog is all about making sure you say goodbye in a way that remembers the whole person.